Healing from the stroke “The brain has its ways to make new connections to replace those that died.”

Healing from the stroke

Well, I had a stroke in May of 2016. Me out of all the people I know, I got sick! Everyone who knows me was in shock because I ‘apparently’ used to eat healthy and I thought that I was healthy. I followed the SAD (Standard American Diet) diet – ate cereals (whole grains, of course) made my own bread, my own granola, drank fresh carrot juice every day – avoided red meat and fats. 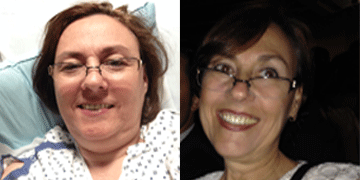 I landed in the hospital. I had an idea of what is going on with me, but I was mostly in denial. I could not believe that I was having a stroke; and I say was having because when I was at home it started. I was sitting in my office at home talking with my husband. Suddenly I started to feel that half of my face is hot. But it was a different kind of hot. I felt as if some kind of hot liquid is being poured over my head. I told my husband and he suggested that we go out for a walk. I was having hot flashes lately and I thought that this is another kind… When we went out, I felt that my arm is becoming heavy and I was unable to talk clearly. I came back home and laid on the couch. I took the tablet and started looking in WebMD what these symptoms meant. I found out that I was having a stroke. I told my husband to take me immediately to the hospital (we live about 7-10 minutes from it). As soon as I arrived to the hospital, they attended me, my walk was much heavier and I could not move my arm by now. They hospitalized me for four days.

While I was in the hospital, I did not know how severe my situation was. I thought that I am going to the hospital, I will be given a medication and I will go home. Nope. My blood pressure was through the roof! It was 189/220. I was tested, examined, and given medication to lower the blood pressure. The doctors and the nurses told me not to get up from the bed unless I have help. Me? Help getting up? I am used to shower a few times a day and care for my appearance, and now have to depend on others? I did not know how severe my situation was. When there was no one in the room, I got up to go to the bathroom and almost fell because one leg was numb. I held the doors and the walls and then it hit me. I had a stroke. I could not wash my hands. One hand was not cooperating. I had to hold the rails in the bathroom so that I do not fall. As difficult as it was I went back to my bed and then it sank in. I am going to be disabled. My grandfather had a stroke and was disabled. He died two years later. I was terrified. Scared and alone in my body. I thought about my job - I use my fingers to type all day. How can I work with one hand? What kind of adjustments I will have to make? Why? Why me?

A nurse came one night, sat down and talked with me after everyone left. I told him that it is incomprehensible since I always kept a ‘low-fat - healthy diet’, ate the right foods, made my own bread, granola, jellies, never had any processed foods… He had no answer, but he told me one thing that stuck with me: “The brain has its ways to make new connections to replace those that died.” I was thinking about that sentence all the time. All the time. People came to visit me and I was not in the room with them. I was thinking about that sentence. The next day I was given a walker so I can get up and walk around the ward a little. Two of my sons came to see me and the third one, who lives far in another state, could not come until the end of the week. By then he was so worried and unable to think straight about anything else except that he is going to have a disabled mother.

I came home with the walker, my new medications and my family around me except my son who was about to arrive. I decided to go to the airport to greet him. Everyone was with me the entire week, knew what my condition was, and swallowed it, but he was unable to see me and the worry killed him. So, I met him at the airport. We came home and he saw me with the walker. He took the walker and threw it out of the house. “He said, you are going to walk with a cane, and maybe not that – the walker must go.”

After a few days, everyone left and I was left alone with the cane, my husband and son who lives at home, to deal with it. I made appointments to all the therapy centers – therapy for the hand-arm, for the leg and speech. I went to therapy until the insurance said – no more. The leg therapist asked me, “What is your goal?” and my answer was: “To walk on high heels again!” She looked at me and said, let’s get rid of this cane first. I tried hard; my husband bought for me games for kindergartners to play with my fingers, puzzles and toys. I registered to the gym so I can continue doing the same exercises. I worked hard, but my body hurt. It hurt so badly. I had weakness in my arms. Could barely wash my hair because having my arms up hurt me. I took a shower while sitting down, afraid to fall. I tried to do the house chores but I was feeling fatigued. Very fatigued. When doing the dishes, after washing two plates I had to go and lay down. When taking the dog out, I could barely walk a few feet out of the house and was feeling exhausted. I needed to heal fast.

I began searching for information about my medications and my condition. I believe in nutrition, self-improvement, motivation and the power of one.

One of the medications was a statin. In the hospital, I was diagnosed with hyperlipidemia. The statin was supposed to lower my cholesterol. I was supposed to take one pill each night at bedtime. I had the pills next to my bed on the nightstand.

Through my research for statins and strokes, I found the deposition of Prof. Noakes. I listened to all the episodes. I registered to the website Diet Doctor and learned about statins and cholesterol. I listened to the book the Great Cholesterol Myth and the book Grain Brain. I made a decision not to take the medication anymore. I was scared since I read on one website that people that had a stroke can have another one if they do not take the medications. However, I was willing to take that chance. I felt so bad… Everything hurt me. I thought I will be able to heal, but instead I was getting worse. I did not know if it was because of the medication or why, however, like everything else, I made the decision to eliminate that. I went to the doctor and had blood work done. Got my results and everything was normal.

In the meantime, I learned about the ketogenic diet and the importance of ketones for the brain. I decided that I wanted the ketones in my body. And by observing the diet that I was consuming before, I learned that my stroke was a direct result of my strict ‘healthy – low fat diet’ – low fat, too many carbohydrates and sugar in my diet! I was borderline diabetic! All my symptoms showed that I had metabolic syndrome. 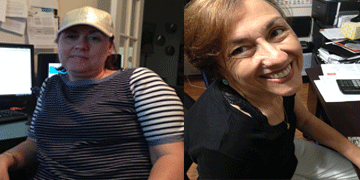 I trusted my research. I began the ketogenic diet very strictly. I learned about carbs, sugars and fats. At first I was skeptical about consuming so much fat, but my son, who is a bodybuilder, said to me, “Mom, trust the fat. Don’t be afraid of the fat, and if you want to lose weight, eat more fat!”

If before, my diet and way of life lead me to the north, now, with this change – I was going to the south. A complete change of 180 degree.  After a few weeks of following the ketogenic diet, I decided to stop the statin. I lay in bed one night, before I was about to take the pill and I looked at it. It stared back at me. I put it in the drawer and gave my body to God to make the decision for me. He opened my eyes to this new way of living for a reason. I knew that I was doing everything that I could. The medication is not going to win. And I fell asleep.

In the morning, when I woke up, I thought that something is going to happen because I did not take the medication. Nope. Everything was still the same.

My diet included, among others, coconut oil, avocado, MCT oil, coffee. I removed all the grains and carbohydrates from my diet. I began consuming more meat (I did not eat meat before, maybe an occasional piece of chicken), eggs and vegetables like spinach and kale (I am lactose intolerant so there is no dairy in my diet).

After about two weeks, I felt as if a helmet was removed from my head. Everything became so clear, I remembered stuff and names. I thought losing memory is part of getting older. Nope. A few weeks

more passed and I regained my strength in my fingers, I was able to close my hand, touch the pinky with my thumb, and actually type on the computer. It was slow at first but I practiced a lot.

Without noticing how, the pain disappeared together with so many symptoms that I took for granted as being part of getting older, genes, and heredity. Everywhere you read online, people do the ketogenic diet to lose weight. It was not my purpose. Yes, I cannot lie. I lost 63 lbs. and losing weight was a very, very nice side effect!!! However, I mainly changed my diet to heal my brain. And it is possible. The ketogenic diet helped me to heal fast and I am a living proof. I would not change my diet for anything in the world.

I feel that these doctors in YouTube, who teach about the ketogenic diet, ketones, intermittent fasting and glucose, are doing such a priceless service to humanity.

Today, I walk without the cane, on high heels!

"Health is the most important thing you have in life!"

The brain has its ways to make new connections to replace those that died.